WhatsApp, the instant messaging company owned by Meta, announced several new features on Wednesday that affect the voice notes of its application. From now on, users will be able to stop the recording and resume it and listen to it before sending it. In addition, they will be able to reproduce the voice messages received outside the chat itself, so that, while they listen to it, they will have the option of responding to other conversations. 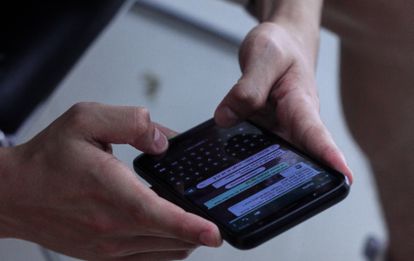 Among the updates that the company has announced, there is also fast playback at 1.5 and 2, to listen to voice notes in less time, and the display of recordings in the form of waves. Some of these new features were already available for two months on devices with the iOS operating system, such as playback outside of chat and pausing and resuming recordings. Quick playback and out of chat was also available on some Android terminals for a few weeks. Mobile phones that do not yet have this update will be able to install it in the coming weeks, depending on the model that users have.

As usual, some will not be able to receive the update if their phone’s OS version no longer supports that type of upgrade. The user will be able to check if he can install it or not once it is available in the application store, Play Store or App Store on Android or iOS devices respectively.

According to the company, every day 7,000 million voice messages are sent through this application worldwide. Some users have celebrated the update on social networks, but others have taken advantage of the occasion to speak out against this type of message, since they consider that calls are more comfortable and they regret that their acquaintances send them long-lasting audios.