Perhaps the great disappointment regarding the scientific-technological came with the great wars of the s. XX, when it was verified how the best of human intelligence, that way of thinking (the scientific method) conceived to make our lives better and unravel the secrets of nature, ended up being used to make tanks, mustard gas, nuclear bombs or to plan a perfect and rational logistics of death in the Nazi concentration camps. The modern idea, born of the Enlightenment, that reason necessarily led us to progress and well-being was broken in the trenches of Verdun, in the radioactive ruins of Hiroshima and Nagasaki, in the showers of Auschwitz and Dachau. For Adorno and Horkheimer, enlightened reason, more than in a liberation,

We continue with those: if in the early stages of the war in Ukraine Russian President Vladimir Putin raised the specter of nuclear war, after a few days the nauseous shadow of chemical and biological weapons has hovered over the conflict, another terrible example of how the scientific-technological potential is used with great cunning to achieve the greatest of horrors. Russia and the United States have accused each other of planning attacks with this type of weaponry on Ukrainian territory. The Americans have flatly denied Putin’s first accusation, calling it a conspiracy theory, and have argued that it may be a pretext for its use by the Russians. 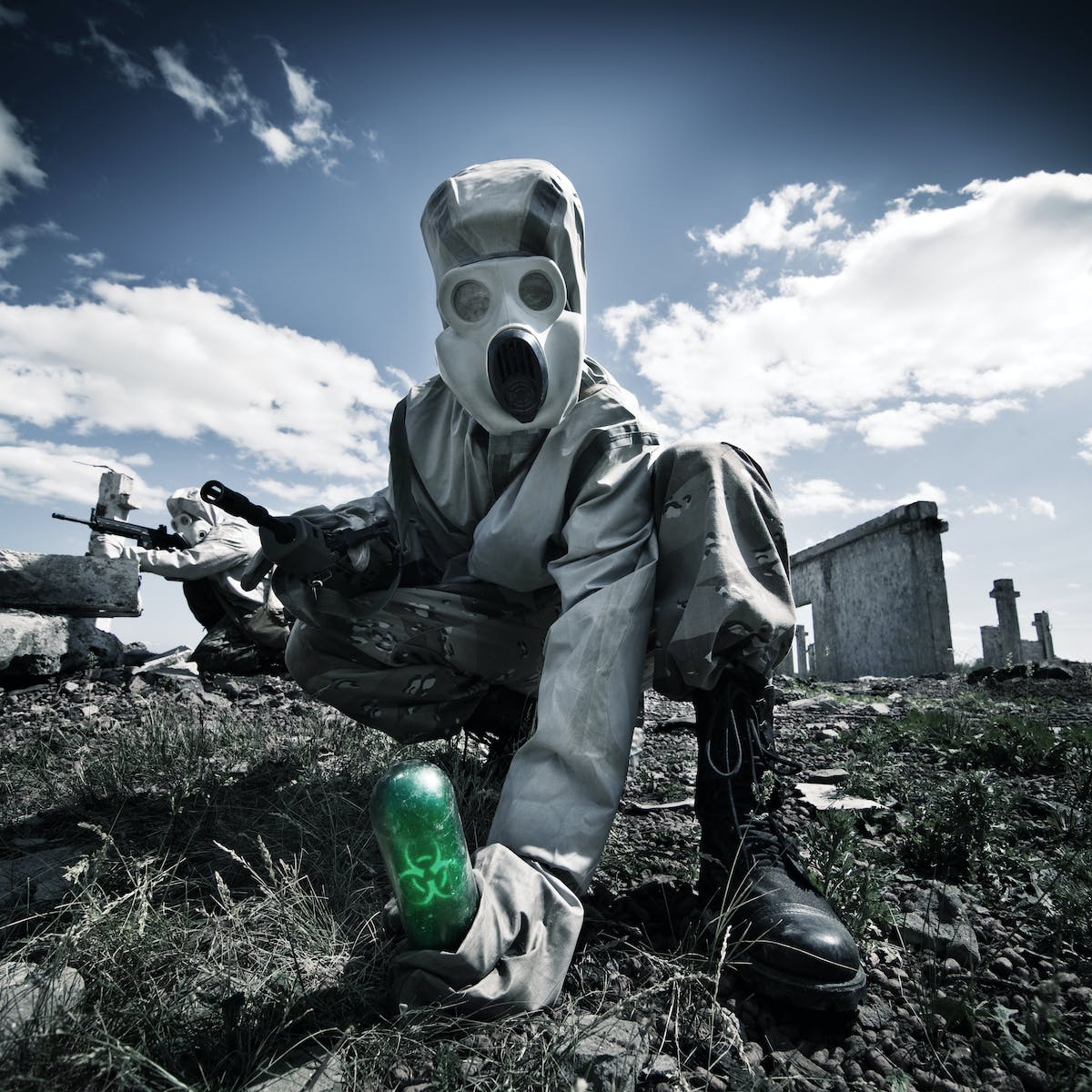 Chemical and biological weapons are toxic substances used to eliminate or harm the enemy on the battlefield. One of the first and most famous chemical weapons is mustard gas, used profusely in the First World War, together with chlorine or phosgene, and by Spain in the Rif war against the Moroccans in 1924. Mustard gas smells to garlic and generates a greenish-yellow cloud, causes blisters, irritation and severe burns to the skin, causes blood to be coughed up, and caused great terror among soldiers in the early 20th century, due to the long-term agony it caused. The eerie gas masks, resembling Edvard Munch’s scream, are one of the most terrifying icons of the carnage of the first great war. Against mustard gas the masks were not so useful.

One of the most sinister scientists in history was the German chemist Fritz Haber, who received the Nobel Prize in 1918 for the synthesis of ammonia, but who is also considered the “father of chemical warfare”, for contributions as harmful as gas mustard and other lethal gases. “In future wars, no military will be able to ignore the invention of poison gas. It’s a superior way to kill,” he declared. His wife and his son took their own lives, it is believed that because of shame. In World War II, chemical weapons were not so popular: the Geneva Protocol, in 1925, had prohibited the use of this type of weapon in war, although Zyklon B was commonly used in Hitler’s gas chambers.

In the Vietnam War a few years later, the Americans used large amounts of the chemical defoliant Agent Orange to spray rural Vietnamese areas, revealing Vietcong hideouts and routes, as well as contaminating crops. In a first contact, agent orange caused acne and damaged certain organs, such as the liver, the presence of this poison in the food cycle meant that three generations later children were still being born with serious congenital malformations, cancer or nervous diseases. Another substance used in that war was the famous napalm, a kind of gelatinous gasoline, used to devastate the jungle and the enemy’s villages. More recently, chemical weapons have been used in wars such as those in Iraq or Syria, in the latter by the Al-Assad regime. The nerve gas sarin, which causes suffocation by interfering with the functioning of the breathing muscles, was used in the 1995 Tokyo subway attack by the Supreme Truth doomsday cult. They are just some examples.

Biological weapons consist of viruses or bacteria that are spread in some way among the enemy. For example, anthrax or anthrax that spreads in the form of spores and causes infections in the lung. Other particularly devastating diseases that can be used as biological weapons are smallpox, cholera or Ebola. Its use can be horrendous as well as familiar to us, when we are struggling to finally get out of a pandemic that has put the risk of contagion at the center of our concerns. In 1972, a hundred countries signed the Biological Weapons Convention to prevent their proliferation and use. If other types of weapons are designed to damage large structures such as cities, buildings, scientific or military equipment and other infrastructure, or to dismember, crush or burn the human body,

NATO has announced that if Russia ends up using this type of weaponry, it would have to reconsider its position in the conflict, which could, once again, generate an escalation with an unpredictable but probably unflattering ending. The World Conference on Science, which was held in Budapest in 1999, delved into the necessary commitment to generate a science for peace and, since then, under the auspices of the United Nations, November 10 is the World Day Science for Peace and Development. “The scientific community, which has long shared a tradition that transcends nations, religions and ethnic groups, has the duty to promote the ‘intellectual and moral solidarity of humanity,’ the basis of a culture of peace,” says the Declaration on science and the use of scientific knowledge, which also points out that scientists must focus on disarmament, including nuclear disarmament. One wonders, at the risk of being naive, why some scientists and engineers lend their skills and knowledge to develop any type of weapon, but above all these.